Me and my Madrid 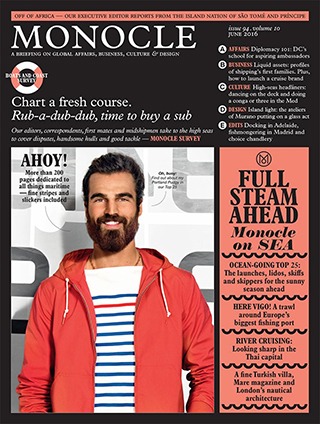 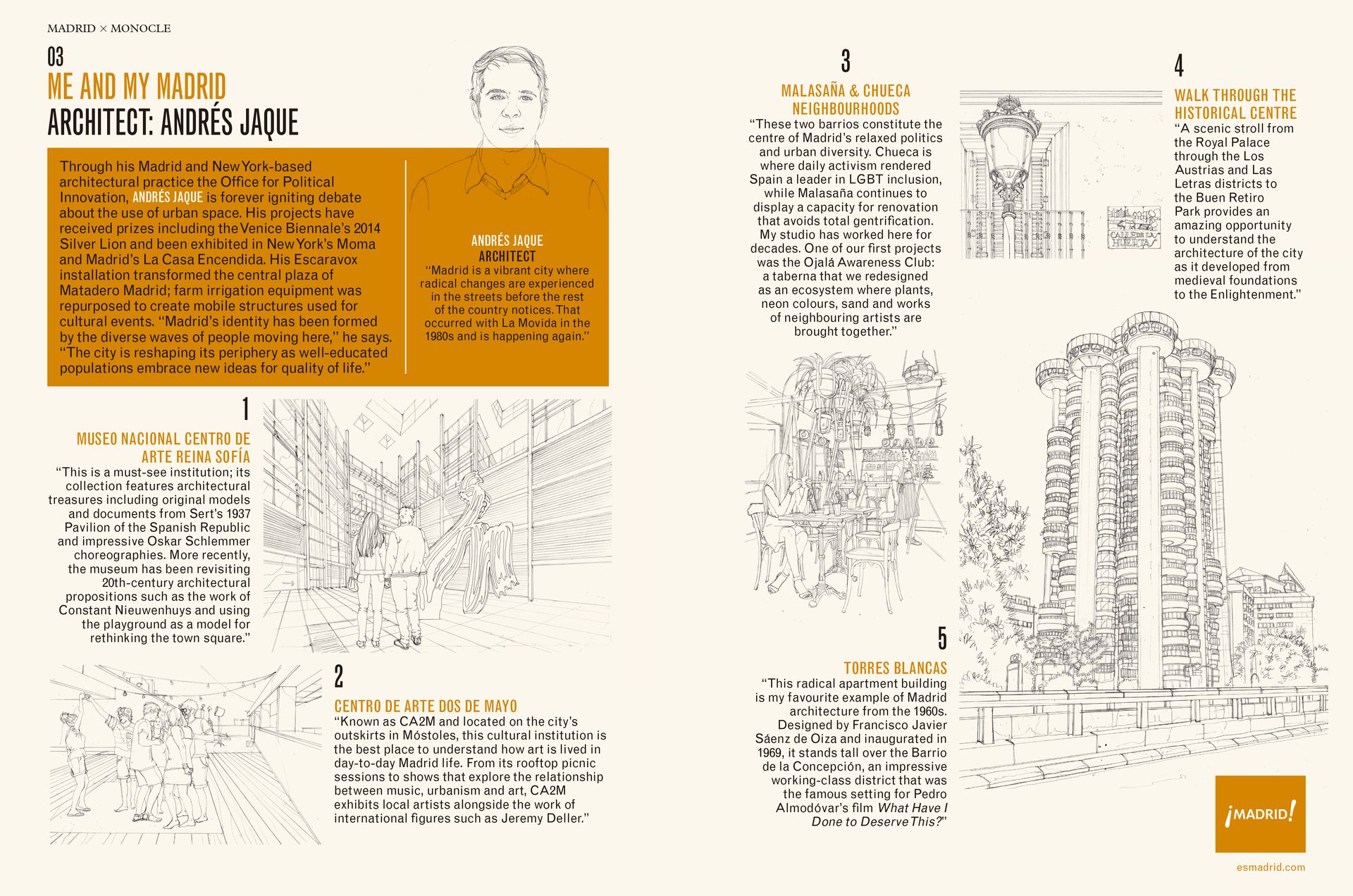 Through his Madrid and New York-based architectural practice the Office for Political Innovation, Andrés Jaque is forever igniting debate about the use of urban space. His projects have received prizes including the Venice Biennale’s 2014 Silver Lion and been exhibited in New York’s Moma and Madrid’s La Casa Encendida. His Escaravox installation transformed the central plaza of Matadero Madrid; farm irrigation equipment was repurposed to create mobile structures used for cultural events. “Madrid’s identity has been formed by the diverse waves of people moving here,” he says. “The city is reshaping its periphery as well-educated populations embrace new ideas for quality of life.”