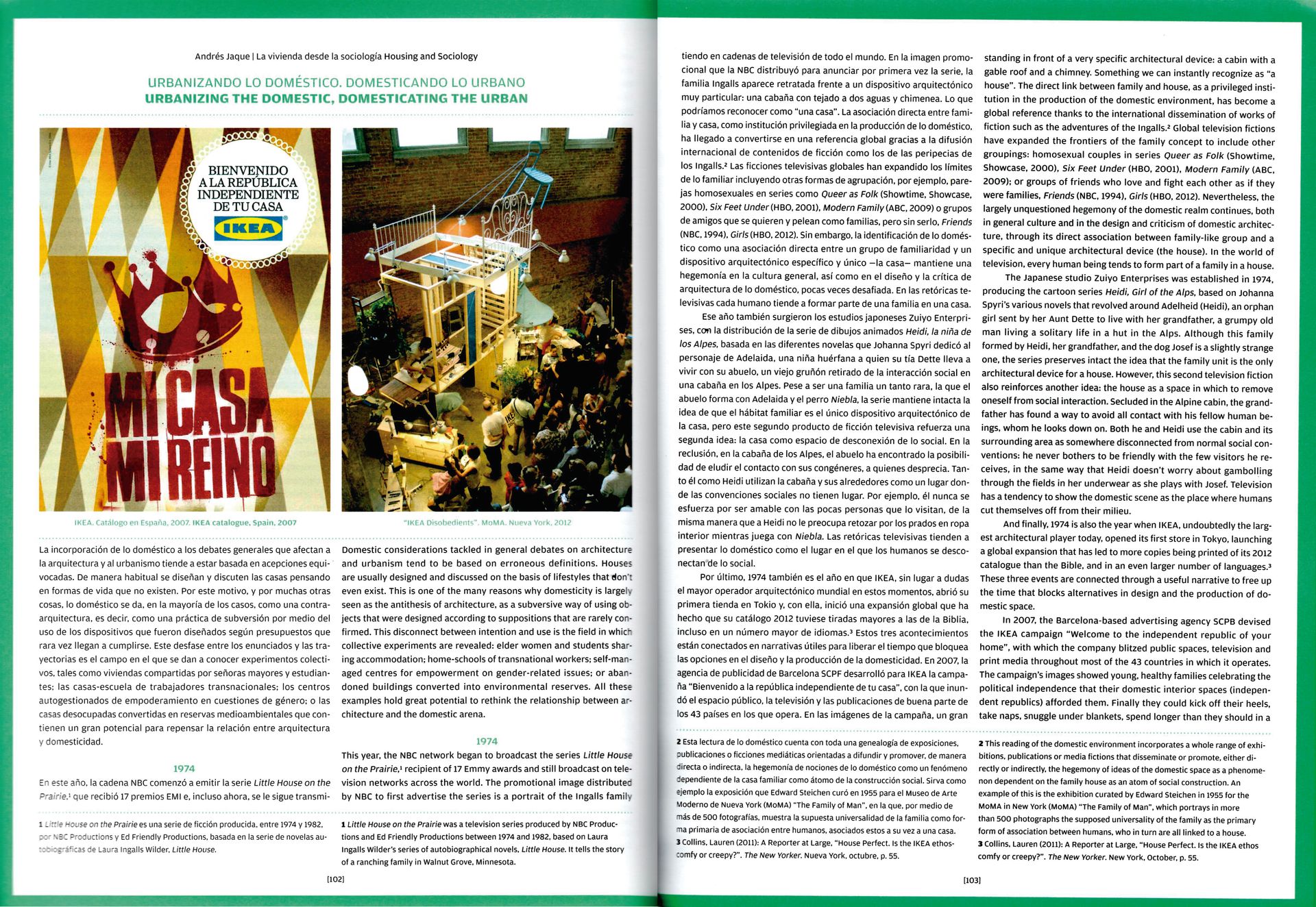 Domestic considerations tackled in general debates on architecture and urbanism tend to be based on erroneous definitions. Houses are usually designed and discussed on the basis of lifestyles that don’t even exist. This is one of the many reasons why domesticity is largely seen as the antithesis of architecture, as a subversive way of using objects that were designed according to suppositions that are rarely confirmed. This disconnect between intention and use is the field in which collective experiments are revealed: elder women and students sharing accommodation; home-schools of transnational workers; self-managed centres for empowerment on gender-related issues; or abandoned buildings converted into environmental reserves. All these examples hold great potential to rethink the relationship between architecture and the domestic arena.