15M and YES WE CAMP! Controversy as urbanism 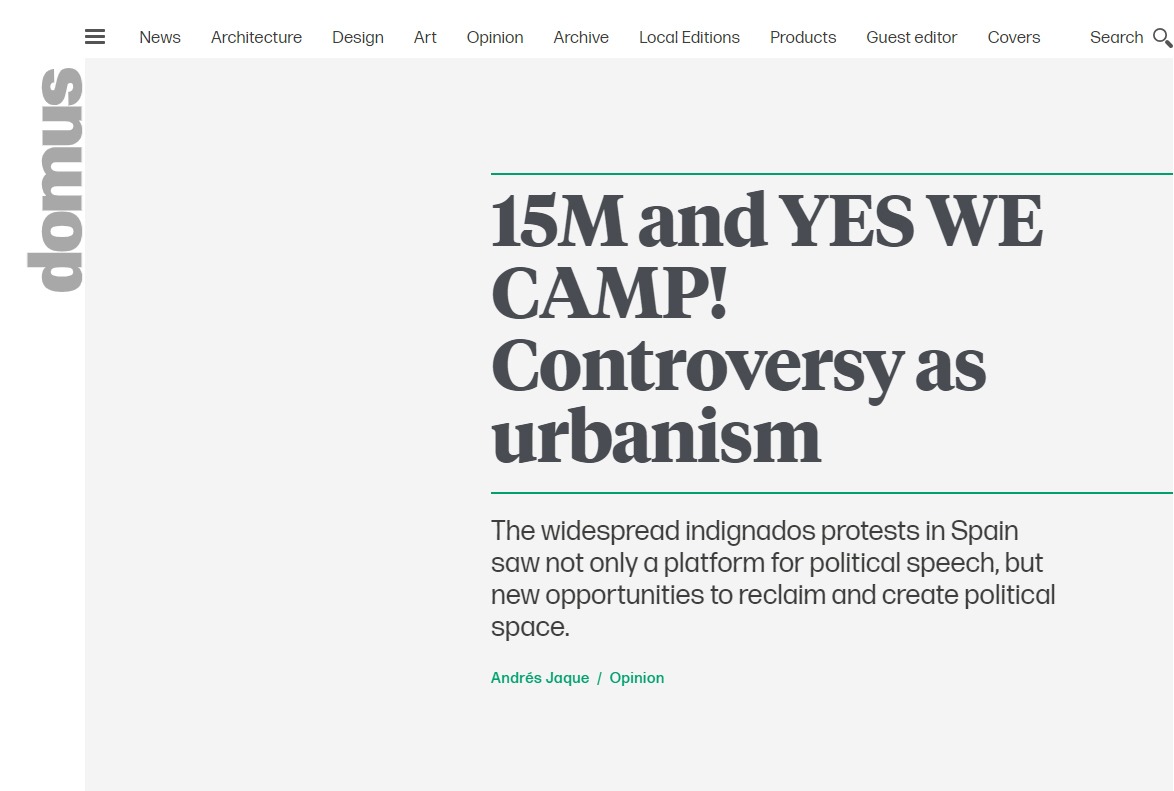 It started as a small-scale protest against the misrepresentation of its participants in democratic institutions, both in Spain and across the EU. It then moved with calls like “YES WE CAMP!” into a 500-person protest-camp—with thousands engaged in its daily offline activities, and millions discussing online through the hashtag #spanishrevolution, making it a worldwide Twitter trending topic in only a few hours. After twenty-five days of protests that emerged in different fashions innumerous Spanish cities, sparking demonstrations in solidarity in several EU capitals, the “15M” (15 Mayo) movement soon evolved into a wide network of connected neighborhood assemblies. After all this process, and its successful social enrolment, 15M is still seen by many as an attempt at consensus in the normalized use of public space.[1] And I think they are totally right.